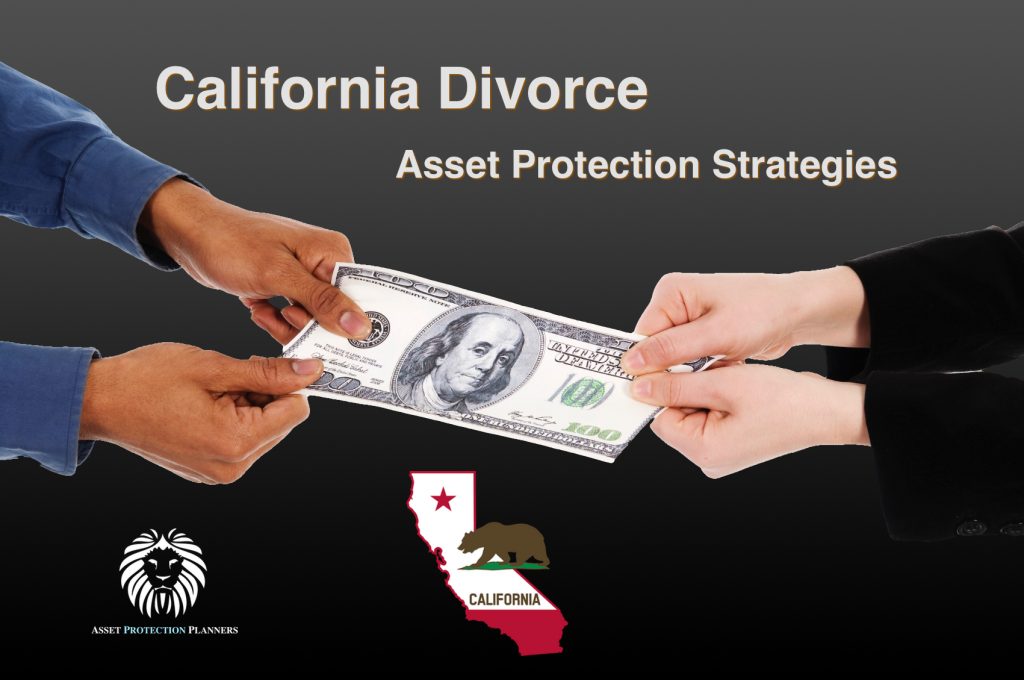 It is an unfortunate truth that sometimes marriage doesn’t last forever. While nobody wants to think about the possibility going through a divorce, it is a reality one must face. Knowing the law and having a solid plan in place to protect assets prior to marriage is essential. This can prevent financial stress from piling on top of heartache in the event that a marriage doesn’t work out. So how do you protect assets from divorce in California? How do you protect them before marriage? After? That is what we will discuss here.

This applies to debts incurred by either spouse before or during the marriage. This is the case regardless of which spouse has control or management of the property. Creditors can attach claims to community property whether one or both of the spouses were party to the debt. Judgments for debts against one or both of the spouses may be enforced against community property estates in California. 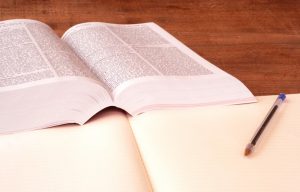 In divorce proceedings, it is common for spouses to challenge premarital agreements. Generally, in order for a premarital agreement to be set aside, the spouse must prove that the agreement was made as the result of undue influence and/or misrepresentation. There are several factors which the court will consider with regards to this argument. These include extreme disparities between the parties in age or knowledge, extreme disparities in business expertise, and lack of adequate counsel. The courts will also consider vulnerability as a result of extenuating circumstances such as poverty, pregnancy, or illness. Postnuptial agreements are governed by confidentiality rules that generally apply to fiduciary relationships. This differs from premarital agreements which are not required to follow these rules.

Transmutation agreements may be used to make changes to property which is owned by the spouses at the time of the agreement. They may also be used to change the character of the property which is acquired in the future. California law states that, in order for a transmutation agreement between spouses to be legal, it must be fair. It must also be based on a full disclosure of pertinent facts.

Transmutation of real or personal property is not valid unless made in writing through an expressed declaration. This declaration must be accepted by the spouse whose property is adversely affected by the agreement.

It is important to note that transmutation agreements, unlike premarital agreements, are subject to claim of fraudulent transfer. In order to protect assets in the event of divorce, it is essential that the transmutation of assets take place before divorce is imminently foreseeable. 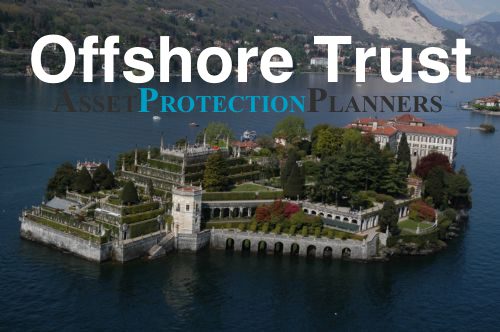 Offshore trusts are perhaps the best tools for California residents who are looking to protect their assets in the event of divorce. Offshore trusts protect assets by legally separating the ownership and beneficial interest of the assets. The Cook Islands trust, in particular, portrays the strongest case law history. With regards to divorce, offshore trusts are preferable to domestic asset protection vehicles for a number of reasons.

First, nearly all forms of domestic trusts view former spouses as exception creditors. So, many such trusts cannot protect assets from future ex-spouses. As a result, domestic trusts can not be used in the event of divorce. Second, many offshore jurisdictions do not recognize foreign judgements. This means that even if a disgruntled former spouse is awarded a judgment against the assets held in the offshore trust by a US court, they will not be able to attack the assets. Claims against the assets held in an offshore trust cannot be enforced in the United States. The former spouse would need to have their case tried in the jurisdiction where the trust is held. This differs from premarital and postnuptial agreements which have the ability to be challenged in a California court.

In order for a California resident to avail themselves of the protection afforded by an offshore trust, it is ideal that they avoid claims of fraudulent transfer. Keep in mind that in almost all cases, courts see fraudulent transfers (now called voidable transactions) as civil matters. Even though there are California fraudulent transfer statutes under the penal code, we have never seen them enforced in against any of our clients. Claims of fraudulent transfer with regards to divorce occur if assets are transferred when divorce is reasonably imminent. For example, say a spouse is caught cheating and transfers assets to an offshore trust the next day. But, even if one does not do so beforehand, we have seen the offshore trust work. A surefire way to avoid these claims is to transfer assets to the trust before marriage. In this way, offshore trusts provide a more ironclad form of the protection found in a California premarital agreement. Settlors of offshore trusts can receive substantial asset protection benefits without having to ask their intended spouse to sign a premarital agreement.