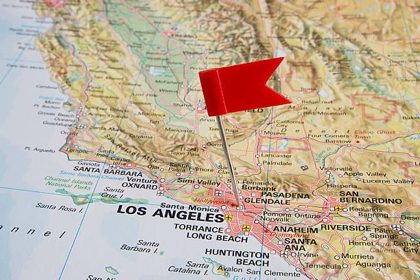 Let’s talk about California fraudulent conveyance statutes. California is a unique state in many ways. It boasts of an extreme range of landscapes—from the arid deserts of Death Valley to the placid waters of Lake Tahoe and the dense forests of Yosemite. With close to 40 million residents, it is the country’s most populous state and the third largest in terms of land area after Alaska and Texas. It is also one of the few states (if not the only one) that considers fraudulent conveyance a criminal offense. That said, we have not found anyone who has ever been convicted under these statutes. So, is the threat merely theoretical or actual?

Most states that adopted the 1984 Uniform Fraudulent Transfer Act (UFTA) treat fraudulent transfer as a civil offense. And the Uniform Law Commission, perhaps in an effort to shed ‘criminal’ undertones, even dropped the word ‘fraudulent’ from the name of their recent revision of the UFTA. The UFTA is now referred to as the Uniform Voidable Transactions Act, or UVTA.

Despite what fear-mongering lawyers may claim, California’s statutes are not necessarily cause for great alarm. Of course, no one is being advised to treat a fraudulent conveyance accusation lightly. But proving this claim in court is not as straightforward as it may seem. To begin with, California itself is quite specific and strict about the factors that constitute fraudulent transfers. Additionally, along with one or more of these factors, a creditor or plaintiff must prove that a debtor committed these acts for the sole purpose of getting out of paying his or her obligation to the creditor. Lastly, there simply is not much of a case history to go on in California criminal courts. It is always advisable to transfer your assets before you’re facing a legal challenge for them. However, if you have to move them in the middle of a lawsuit against you, don’t fret. Remember, it’s your creditor and his or her legal team that has to convince a judge that the fraudulent transfer claim against you is tenable. 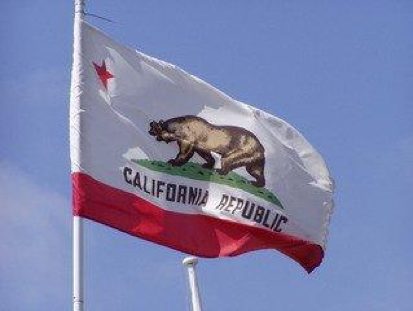 Most states consider fraudulent transfer to be a civil, not criminal offense. In these states, when a creditor is successful in proving their claim of fraudulent conveyance, the transfer is voided. The assets are treated as if they were never conveyed to another person, entity, or state. Therefore, they can be used to satisfy the claims of a successful creditor against the debtor.

California has chosen to follow a different path. The state considers fraudulent conveyance (statutorily, anyway) to be a criminal offense. As in other states, when a California court determines a transfer to be fraudulent, it will immediately void the transfer. This means, the winning creditor can use the assets to satisfy his or her claim against the debtor. However, since fraudulent conveyance could go beyond the civil realm, the debtor found guilty of transferring assets may also face additional punitive measures. This can include being required to pay a fine, or even incarceration.

California Penal Code 154 clearly sets out the elements that would constitute a fraudulent transfer concerning debtors. For a transfer to be considered a fraudulent conveyance, a debtor must commit one or more of four actions. Sell their assets to someone else for less than fair value; give them away; hide or conceal them; or, move them out of state. Creditors, armed with evidence that someone in debt to them has committed one or more of these acts, have legal grounds to bring a fraudulent transfer claim against that debtor.

It should be noted, however, that even in states that consider fraudulent transfer to be a civil matter, creditors may be entitled to other forms of satisfaction, according to the discretion of the court. The UFTA states that creditors can seek other forms of relief that are warranted or justified by circumstances. This may include punitive damages as well as attorney fees. The criminalization of fraudulent conveyance in California and the UFTA’s inclusion of a clause that entitles a creditor to other forms of relief clearly shows that they are trying to put teeth into fraudulent transfer claims. 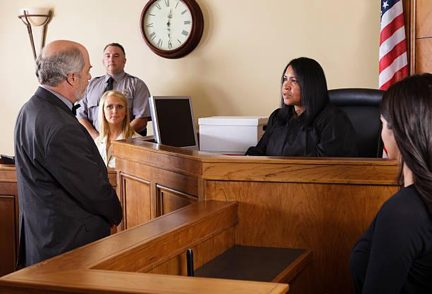 Fraudulent conveyance falls into two categories: constructive fraud and actual fraud. The former looks at the transfer alone. It seeks to determine certain facts, such as whether the debtor received fair compensation for the asset. Or, whether the transfer rendered the debtor insolvent and unable to satisfy his or her debt to the creditor. On the other hand, actual fraud centers on a debtor’s intent. The creditor has to prove that the debtor transferred his or her assets with the clear intention of placing them beyond their reach. Obviously, it is far simpler to win a fraudulent conveyance claim based on constructive, rather than actual, fraud. Proving intent in court can be a challenge. No one will willingly admit to it, nor can anyone else claim to know what is going on in another person’s mind at any point of the transfer.

Because in California fraudulent conveyance could jump from civil to criminal it must be noted that with the latter, its courts demand a higher level of proof. A much higher level. California laws clearly state that none of the four actions mentioned in the preceding paragraph, per se, provide definitive proof of fraudulent transfer. After all, anyone, even a debtor, is free to dispose of their property or assets as they see fit. A single act, or even a collection of actions, does not necessarily prove fraudulent conveyance, no matter how suspicious the timing of those actions may be. For any of these actions to be proof of fraudulent conveyance in California, they must have been committed with the willful intention on the part of the debtor to withhold the assets from a creditor. This is a tough legal hurdle to overcome and one that likely accounts for the fact below. 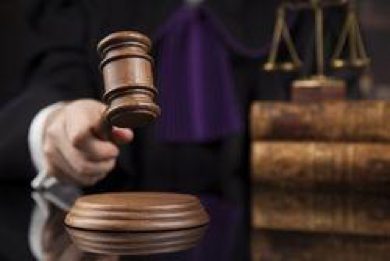 Penal Code 154 has been part of California’s laws since 2011. Yet, our research did not find anyone who has ever been convicted for fraudulent conveyance under its restrictions. There simply is no strong case history that gives this piece of California legislation any genuine legal bite. However, this has not prevented some lawyers with weak hands from welding the specter of heavy fines and possible jail time over a debtor’s head in an effort to bring them to the negotiating table. Collection agencies have taken advantage of this legislation as well, often using it as a coercive scare tactic. Don’t fall for it. An experienced lawyer knows the amount of effort it will take for a creditor to win a fraudulent transfer case in court. Mount a good defense and your creditor will likely accept an out-of-court settlement for much less than their original demand. Without much of a case history to go on, it’s also quite possible to have the case thrown out of court altogether.

Furthermore, keep in mind that even in California, there is a statute of limitations on fraudulent conveyance. This is true in all the states that have adopted the UFTA/UVTA. The lookback period in most states is four years, with some, like Ohio and Nevada, having less, 1.5 and 2 years, respectively. The statute of limitations in California is a bit longer. The lookback period can be as long as 7 years, depending on the existing circumstances. This mostly pertains to assets transferred into domestic asset protection trusts. Assets transferred outside of this statute of limitations are deemed safe. They cannot be used to satisfy a debt, even if a creditor wins a case against a debtor in court. As any good lawyer will advise you, the key to avoiding a fraudulent transfer judgement is preparation. It is best to plan ahead and move your assets before you’re faced with a lawsuit. 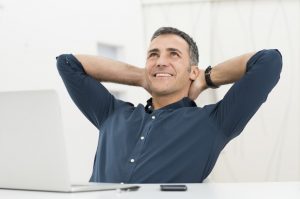 How to Protect Your Assets in California (Worry Free)

With that in mind, what are some things you can do to protect your assets in California? What do you do to protect your assets if you know a lawsuit is on the way? What if you have already been served? First, there are some very strong asset protection tools. The strongest of of these is an offshore trust; most notably a Cook Islands trust. Put an LLC inside the trust, assume control as its manager, and open the accounts it the name of the LLC and you now hold the remote control to your assets. We establish many of these in the Caribbean island of Nevis. A Nevis LLC offers some significant asset protection and judgment-proofing benefits. Moreover, when legal issues threaten your assets, the trustee can come to the rescue and protect you. It is fortunate that we have these options, because unlike offshore, this is no such thing as a self-settled California asset protection trust.

The offshore trust is one of the few ways to protect assets from a California divorce. An offshore law firm stands in as trustee. Since, local courts do not have jurisdiction over foreigners, the offshore trustee is not bound by local court orders. Since our clients are fully cooperative, we have never had a client get held in contempt for a trustee’s actions.

What about real estate asset protection? For real estate, we record home equity line of credit style mortgages or deeds of trusts against the properties.  Then, if needed, we have an offshore lender who purchases these loans and places the proceeds in an account within your offshore trust/company structure. 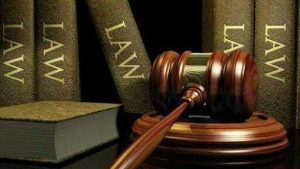 How to Not Run Afoul of the Law

Ok, now that we know what to do, what are some things that can keep us out of hot water? Here are some key things to in order to minimize your chances of running afoul of the law. 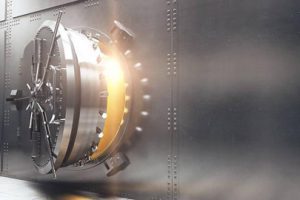 Creditors can bring a fraudulent conveyance claim against debtors whom they believe are withholding their assets from being used to satisfy a debt. When treated as a civil case, as it is in most states, successful fraudulent transfer cases often result in the assets reverting to their state before they were transferred. As such, they can be used to satisfy a debt once a creditor has won a judgement against a debtor in court. However, in California, fraudulent conveyance is not just a civil offense. This has been used by aggressive lawyers and collection agencies to coerce debtors to making deals in favor of their clients.

Keep in mind, however, that the level of proof required for fraudulent transfers claim to be successful is quite high and burdensome. Not only does a creditor have to show the court that the debtor committed certain acts, but that they acted with the specific intent of preventing their assets from used to satisfy a claim. Because of the challenges of mounting a successful fraudulent conveyance claim, there is little case history to go on, especially in California. We have discussed ways to avoid a California fraudulent conveyance accusation. Additionally, there is a statute of limitations that protects transfers that have been carried out within a particular time frame.

A good defense lawyer knows that even assets transferred in the heat of a legal battle cannot be automatically treated as a fraudulent conveyance. These assets can still be deemed by a court to be secure and safe from a creditor’s claim. This will likely depend on the type of asset protection structure that was used to house the assets and where these structures are domiciled. An experienced asset protection consultant is your best companion on this journey, should you ever find yourself forced to embark on one.