A Domestic asset protection trust (DAPT) is a trust formed in the US, under US laws that has one or more US trustees. It is drafted to shield items of value from being seized in lawsuits. Fairly recently, some states such as Nevada, Delaware and Alaska have adopted statutes allowing one or more people to form a trust (called a settlor) with spendthrift provisions (that are intended to keep assets from creditors). Unlike traditional statutes, the settlor can also be a beneficiary of the trust. That is, the settlor can enjoy its proceeds while, at the same time, keeping trust assets from his legal enemies. So, in this article we discuss these instruments and provide you with tips, information and hints to improve your chances of surviving a full frontal attack by an aggressive litigant.

First came Alaska in 1997, which adopted asset protection trusts that help make assets creditor-remote. Other states have followed suit, including Nevada, Delaware, Missouri, Rhode Island, Utah, South Dakota, Wyoming, Tennessee, New Hampshire, Hawaii and Oklahoma. As of this writing,Virginia is the most recent. Virginia enacted legislation addressing this type of trust, going into effect on July 1, 2012. The Alaska Trust, Nevada Trust and Delaware trust remain the most popular.

Offshore trusts came into existence in the early 1900s. High net worth individuals used offshore trusts for asset protection from lawsuits and tax efficiency. Such trusts for United States persons are tax neutral under current statutes. However, they still provide powerful asset protection. People in the UK utilized trusts in the Channel Islands. People in the US utilized the Bahamas.

Today, more people use offshore trusts than ever before. Jurisdictions with the strongest asset protection include  the Cook Islands, St. Kitts & Nevis. The main benefit people seek is asset protection from lawsuits. 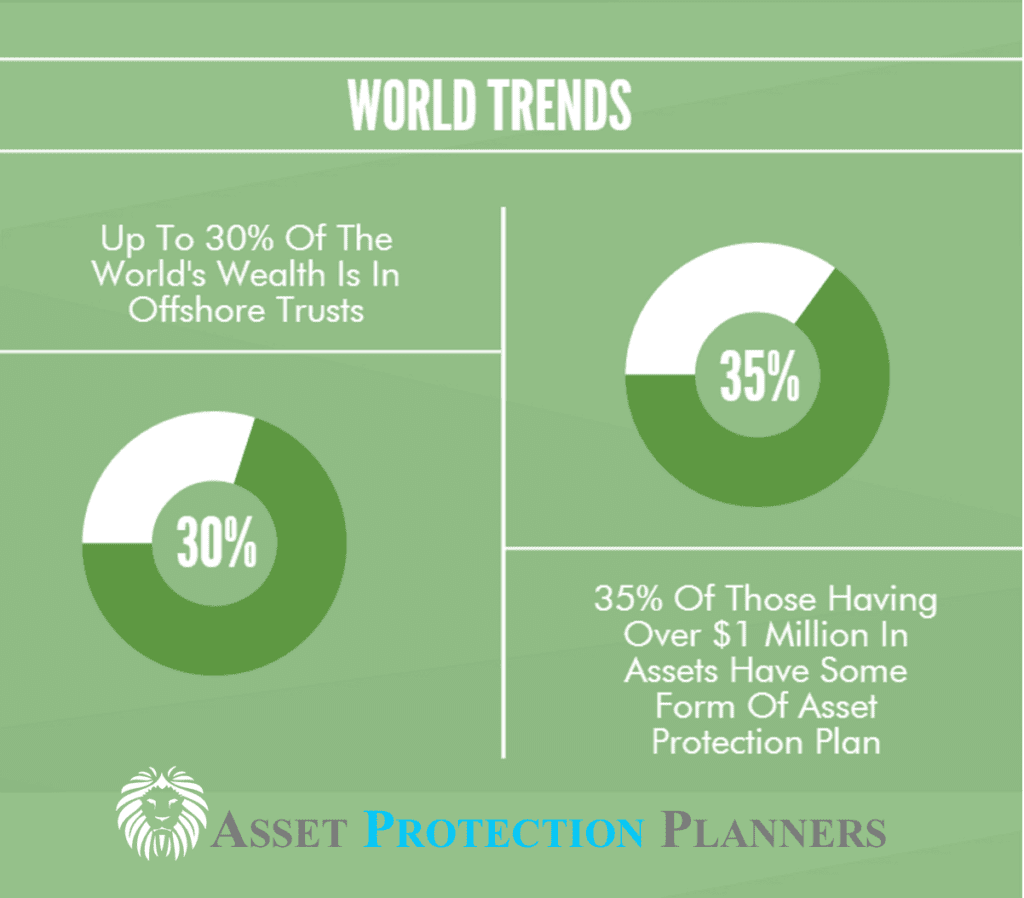 Here is the bottom line. We see the following features in the trust laws of the above states:

For asset protection purposes, how do domestic and offshore trusts compare and what are the advantages and disadvantages of each? We establish both domestic and offshore trusts as well as corporations, LLCs, both local and foreign. So, we do not have an ax to grind. Though the following may seem like editorializing, the facts are so compelling that we have just cause to state a strong opinion. The offshore asset protection trust wins, hands down. Here is why. 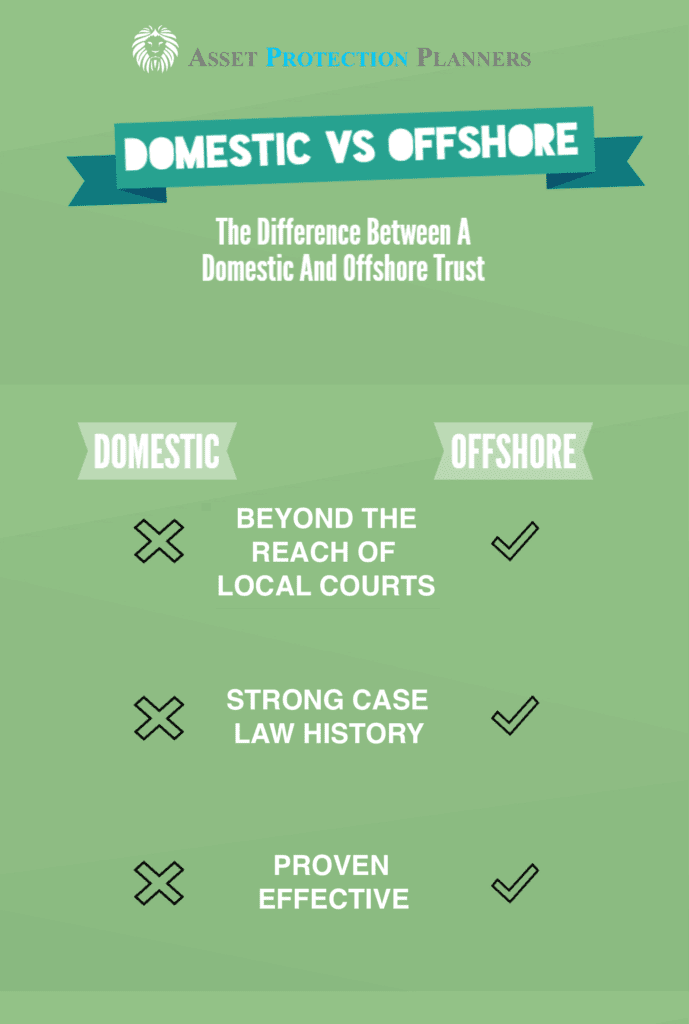 Here are the top 10 reasons why the international structure wins the Domestic Vs. Offshore asset protection trust battle. 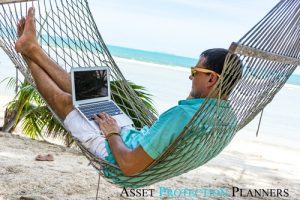 Every year the well-respected publication Global Finance rates the world’s 50 safest banks. In most recent rankings, as of this writing, 40% of the safest banks are in Europe. The majority of the rest are in Asia and Australia. Only four were located in the United States. The highest ranked US bank was only number 35 on the list. In other words, there are 34 banks in the world that are safer than the very safest US bank. The other US banks that made the list were only 44th, 46th and 47th.

So, those who ask, “Are offshore banks safe?” should be asking, “Are US banks safe?” A whopping 547 US banks have failed in the past 15 years. A Forbes article questions whether or not the FDIC (a private corporation) was on the brink of bankruptcy. How much comfort should it give us that the FDIC is backed by the full faith and credit of the most in-debt country in the world?

When to Use a DAPT

So, are DAPTs all that bad? We are not saying they are bad. We are just saying that there is a much better choice, especially for liquid assets.

So, when would you use a DAPT? You stand a fair chance when you meet all of the following criterion at once:

If you don’t meet all of the above at the same time, use an offshore trust, because the DAPT probably isn’t going to do the trick.

Getting Comfortable with Offshore

Alternatively, there are some who have not yet busted out of the US cocoon. They have the isolationist notion that “US = safe” and “everywhere else = scary” despite overwhelming evidence to the contrary. For those people stuck in that mode, a DAPT is far better than nothing. Again, we are not saying not to ever use the domestic option, but are making you aware that there are much stronger choices.

For what it’s worth, this ain’t yo’ momma’s America anymore. Things have changed. There have been more US bank failures during the great recession than there have been in our entire lifetimes. The Euro is stronger than the dollar. There is a great big hole in our financial dike and the great China sea is located downstream. Things aren’t safe here anymore.

Keep in mind that different promoters will tout their magic formulae. They will search long and hard to find instances where the alternatives got caught in the thickets. Fortunately, we don’t have that issue because we have the ability to offer a full banquet of various legal tools. So, for us it’s “Just the facts ma’am.” We have literally formed thousands of domestic and foreign asset protection trusts, living trusts, children’s trust, land trusts, corporations, LLCs and many more, thus have no self-serving bias.

Plain vanilla living trusts, title-holding trusts, and land trusts do not provide asset protection. Domestic asset protection trusts can help shield assets in certain circumstances, especially if established in one of the aforementioned states that have recently put some muscle into their laws. Nothing we have seen bests the offshore asset protection trust. It simply works. We have more information about specific countries in an article entitled Best Offshore Trust Jurisdictions.

By the way, we might as well mention this. As a responsible company, it is our policy not to intentionally set up trusts to protect assets from government actions. We do not tout trusts for tax avoidance. These trusts are generally tax neutral.

So, what’s the bottom line? It is that the offshore trust simply provides better asset protection than the domestic alternative. When you are climbing the ladder to asset protection success, going from nothing to a DAPT takes you several steps up the ladder. Something is better than nothing. Properly using the OAPT takes you straight to the top rung.

The advent of the DAPT is a testament to how well the OAPT has fared. US states are jumping on the bandwagon. Buyer beware. If you are about to leap into a one of two lifeboats, we would suggest you not choose the one with 10 holes in it.

Though the OAPT has had rare instances where rogue judges have tried to brew up a storm, we know of no cases in modern trust case law where a properly structured Cook Islands trust has not protected trust assets. For years it has proven to be the most waterproof option we have seen.

You can use the number at the top of this page to get more information and details from a specialist.