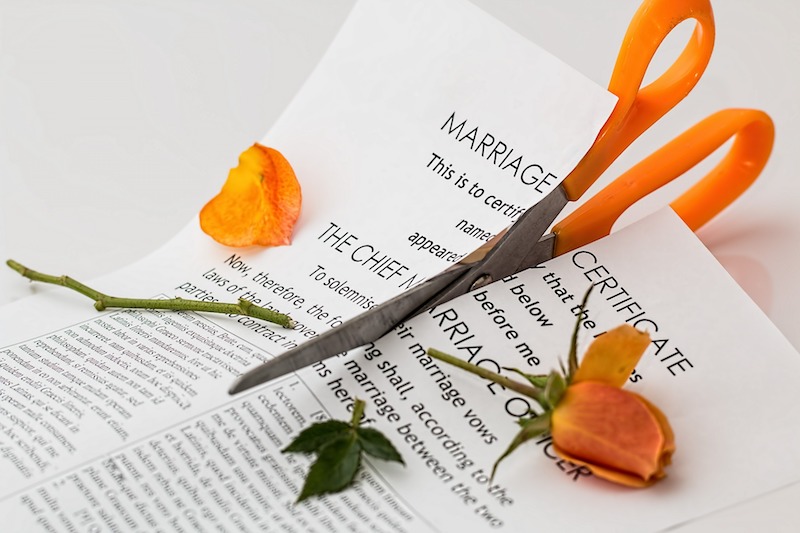 Nobody wants to believe that their marriage will not work. However, the unfortunate reality is that many marriages end in divorce these days. According to the American Psychological Association, “about 40% to 50% of married couples in the United States divorce.” This statistic is simply too high to ignore. the U.S. Census Bureau states that 60% of second marriages end in divorce and 73% of third marriages. For wealthy individuals, preparing for the possibility of divorce is an essential part of asset protection planning.

Here is a graph that illustrates the ages when most people divorce.

The American Psychological Association states that in Western society that more than 90% of people marry by age 50. [1] In the United States, in particular, there is about one divorce every 36 seconds. [2] The average time that a marriage lasts that ends in divorce is eight years. On average, the age of a first divorce is 30 years. A whopping 69% of mothers that do not have custody of the children receive support. Only 29% of fathers receive support. With the backdrop of those statistics, let’s look at the laws in various states, how to protect assets in divorce, and some legal tools one can use to shield assets. 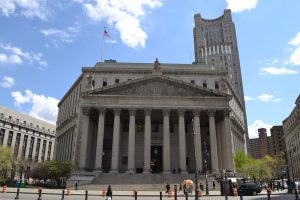 Courts determine the division of property under common law. Common law distributes property equitably rather than equally. Courts do this in order to ensure that it compensates both parties fairly for what they put into the marriage. 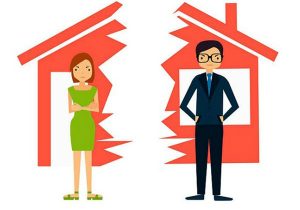 How to Protect Assets from Divorce

Additionally, the majority of favorable offshore jurisdictions do not recognize foreign judgements. Former spouses must initiate a re-adjudication of the case in the jurisdiction where the other spouse holds the trust in order to make a claim. Going to trial in a foreign country is so expensive and time-consuming enough that it usually discourages former spouses from making claims. 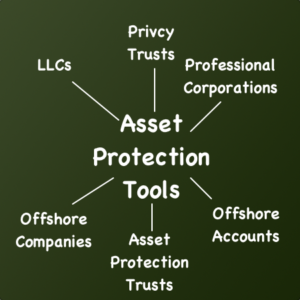 Tools for Asset Protection in Divorce

Once a person has figured out whether they live in a community property or common law state, they can determine which tools to use for asset protection. The following tools are considered to be the most popular tools for asset protection in divorce:

Asset protection trusts can be effective in cases of divorce. This is a result of the fact that the settlor does not have control over trust distributions. The power to make distributions of trust assets is reserved for the trustee. In many favorable jurisdictions, the law bars trustees from making distributions of assets when it is reasonable to assume that the courts will order seizure of the trust’s assets. If there were a judgment against the settlor of a trust which would allow a former spouse to seize the assets, the trustee will not make a distributions. As a result, it protects the assets from the claims of a former spouse.

As mentioned previously, offshore asset protection jurisdictions are generally preferable to domestic jurisdictions. One major reason for this is that most states in the US view divorcing or former spouses as exception creditors. Domestic asset protection trusts are not effective in protecting assets from divorce in the majority of states that offer them. The only state which does not consider divorcing and former spouses to be exception creditors is Nevada.

Limited liability companies are separate legal entities from their owners. There are legal previsions such that they not subject to the claims of their owner’s creditors. Part of this is because the law considers these tools as legally separate from their owners. A bigger part of this is the charging order protection. That is, the statutes in many jurisdictions state someone suing a member of an LLC cannot readily take the company nor the assets inside. Thus, personal creditors of the owner are unable to make claims against assets held by the business. If a business entity owns the assets rather than an individual, such ownership can immunize them from claims a former spouse makes during or after a divorce. In addition, owner’s personal assets are relatively safe, in most cases, from the debts, obligations and claims against the business. It is important, however, that one does not use these assets like personal assets. Courts can order the seizure of assets that one uses business assets like one uses like personal assets in the same way they can order the seizure of other personal assets.

The problem is that only 3% of those who are married are planning on getting married have a prenup. Part of the reason for this is that 62% of those surveyed recently revealed that they feel a request for a prenuptial agreement sends a negative message to the on who has not asked for one.  Moreover, 63% of them think that a prenup would put them at a greater risk of divorce.

The majority of states require that prenuptial and postnuptial agreements be made in writing. In order the law to consider the pre-divorce planning agreement as valid, both parties must enter into the agreement voluntarily.

The downside to prenuptial and postnuptial agreements is that they may not provide adequate asset protection in divorce. This is because they are usually entered into while the relationship between the couple is happy. An overly rosy outlook can cause individuals to enter into agreements which may be too generous or not represent their legal best interest.

Former spouses commonly challenge prenuptial and postnuptial agreements. A former spouse generally must prove that the agreement was made as the result of undue influence and/or misrepresentation in order to have it set aside. Courts consider several factors with regards to setting aside a prenuptial or postnuptial agreement. Extreme disparities between the parties in age or knowledge are among these factors. They also include lack of adequate counsel and vulnerabilities created by mitigating circumstances like poverty, pregnancy, or illness.