Let’s talk about fraudulent transfer and the timing of an asset movement. The courts often assess an individual’s intentions when property is transferred. If a creditor of the person who created an asset protection plan wants to get a hold of the plan’s assets, there are certain legal tests that will be employed.

The term fraudulent conveyance sounds scarier than it really is. It is simply a civil matter not a criminal one. So, it’s usually better to do it, and then make them fight for it…

First of all, there are ways to protect assets after someone has sued you. With respect to fraudulent transfer issues, however, the courts will ask some questions. Did the transferee move the assets into the plan after incurring the liability, or before? This question will need to be answered. If the individual can or won’t answer it, the court will be happy to flesh out the answers themselves, trust us.

In fact, if the creditor had a claim to an asset and then it gets transferred to a trust, yes – you guessed it, the debtor would have a hard time convincing a court the fraudulent conveyance / conversion / transfer wasn’t done to keep the asset from the creditor. The courts may rule that the person made the asset transfer to thwart the creditor’s claim. State and federal statutes on this topic vary, but rest assured that in most cases the creditor will still have to prove that the grantor intended to defraud them of the asset.

Fraudulent Transfer and the Courts

When considering fraudulent transfer, courts will look at the following badges of fraud. They will analyze the facts and consider whether or not the person transferred the assets in a statutorily reasonable timeframe.

The bottom line is this. Act well in advance of the need. Setting up an asset protection plan before you need it is one of the best ways to avoid fraudulent conveyance rulings. 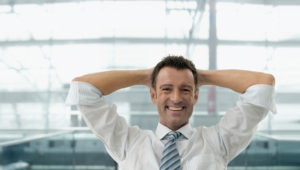 Fraudulent Conveyance is a Civil Matter

The term fraudulent conveyance sounds scarier than it really is. It is simply a civil matter not a criminal one. So, it’s usually better to do it, and then make them fight for it, than it is to just roll over like a dead dog and leave the asset laying out there in the open. Put up a fight. Make them work harder to take your assets than you had to work to earn them in the first place.